Stretching over 500 miles in shoreline and more than 50,000 acres, Lake Murray is a beautiful man made lake in the heart of South Carolina. The lake is steeped in history and what lies under the lake has fascinated many for years. There are nearly a dozen communities, thousands of graves, the Wyse Ferry Bridge, bomber airplanes, several railroad tank cars, homes, boats, and bomb fragments. In the early 1940s, the U. S. military used the lake to train WWII bomber pilots on the B-25 bomber airplanes. Seven of the lake’s islands were used as practice.

Originally built for hydroelectric power, Lake Murray has now become an aquatic playground for fisherman, skiers, boaters, and the like. Known particularly for its striper and bass fishing, people come from all around for tournaments. With South Carolina’s temperate climate, avid boaters and skiers can be found on the lake year round.

Lake Murray is surrounded by some fabulous lake access communities. They can be found in Chapin, Prosperity, Lexington, and other surrounding areas. Some offer boat storage, boat ramps, community docks, among other amenities. If you are lucky, you may even find one with boat slips! Having quick, easy access to the lake when not living on it is a must-have for the avid boater. If you aren’t ready to jump into the lake life feet first, you can start by dipping in your toes.

A native of the South Carolina Low country and graduate of the College of Charleston, I strive to bring a high level of southern hospitality to my real estate business. Whether it's a home on the lake, new construction, acreage, or anything in between, I work with clients to ensure their needs are met in a professional manner. In my free time, I enjoy spending time with my family, boating, traveling and volunteering.

Never miss out on anything happening at Lake Murray! Get fun, upcoming events delivered to your inbox weekly! 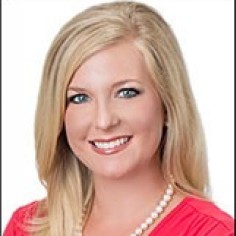 Connect with me on: